We met Jörg in an almost empty APX office in Berlin, that houses several of their participating start-ups. “Normally there are a lot more people here, but you come here in a holiday week,” Jörg explained. Although it is meant as an apology, we see it as a very comforting thought that founders take some days off as well. APX is an early-stage investor and accelerator in Berlin, operational since March 2018. Founding teams with scalable, digital start-up ideas are welcomed in their 100-day program and for those who show good traction and can raise a qualified seed round, more seed financing by APX is waiting. After being inspired by one of the quotes on the walls – “I could not find the car that I was dreaming off, so I decided to build it myself”- Jörg explained to us what APX is all about and gave some useful tips for starters.

Media and cars, a far-fetched combination?

It is not so obvious why media-company Axel Springer and car manufacturer Porsche started working together. “APX is the successor of Axel Springer Plug and Play, which is currently invested in 103 companies, including companies like N26. Since US-based company Plug and Play decided to go a slightly different route, we were looking for another partner. In our conversations with potential new partners, the ones with Wolfgang Porsche were most fruitful,” Jörg explained to us. Although both partnering companies are public, they can to some extend act as private companies as well, backed by the founding families. In strategic decision making, this turns out to be very helpful. Together with the fact that both companies have many things in common (e.g. both German, strive for excellence, entrepreneurial and digital mindset, etc.), this was a good basis for a collaboration.

What APX is looking for…

“Digital user-centric business models” is the short answer, which does not mean only media and cars. “Obviously we can add value in media and the travel industry, but also industries like FinTech, Lifestyle, mobility, healthcare. We don’t have a vertical but horizontal focus, which is different from most other accelerators that are owned by corporates,” Jörg explained. The offer is simple: pre-seed funding for the first 100 days (25k EUR), follow-up seed funding in later stages (6-digit amounts), a lot of expertise and brain-power, and provision in some basic needs (like housing, pitch-practice sessions, etc.). Next to that APX tries to make it simple: “we offer a term-sheet that is lean, transparent and fair.”

With over 600 applications since this March they have pitches every week. Accepting 2-3 new start-ups in their program per month, this means that about 1-2 percent of the applicants get an offer and sign. But what determines a ‘yes’ or a ‘no’ for APX? The answer is based on three dimensions: team, idea, and timing. “The team is most important in early stage investing. Can they do the job? Do they have the right competencies and are these complementary? How are the team dynamics and do they have the right integrity (also under stress)? Most companies that we have seen failing, failed because of lack misalignment, bad team dynamics or a large deviation in values,” Jörg explained. “The idea and timing are obviously important as well. Is the idea viable? Is it scalable? Is there a good product-market fit? And on the timing side, we always ask the question: why now?”

Some dos and don’ts for start-ups

As Jörg mentioned: “At APX we help start-ups to convert dreams into hypotheses and plans into data. That data is then the traction. It makes it also super easy for investors to understand your message, if you provide your story this way. They are often looking for the ability to transform an idea into an actual product.”

With a long track-record in the digital space – having worked for companies like Azando (the front-runner of Zalando) and Ebay, and having been an angel investor for years – Jörg has learned a lot that he now uses in his current job as Managing Director of APX. “One of the things that I see is that founders don’t like to be told what to do, which is totally fine of course. But what you can offer as an outsider is your own experience. It is then up to them what to do with these stories.”

…If APX was an animal what would it be? “Plankton, but then a bit smarter… a network that can help others (like Wales) grow really fast”

…And if you can hire anyone in the world for APX who would it be? “Marc Andreessen”

Station F: How large corporations are working with startups

Station F, a converted 24,000 square meter railway station just outside downtown Paris, is home to one of the most innovative, ambitious and revolutionary startup ecosystems in the world.  The co-working space has over 1,000 ventures working inside of it at any given time.  The majority of spaces are filled by incubators and accelerators of […] 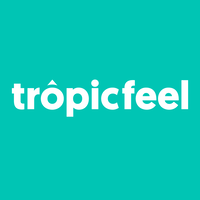 Sustainability is integral to the mission of Tropicfeel, a travel-wear brand founded in 2017 and located in Barcelona.  A young company with limited resources, Tropicfeel strives to manufacture its products as sustainably as possible.  It addresses and quantifies sustainability unlike any other apparel brand that we met during the Summer Startup Tour.  First, Tropicfeel attempted […]

Is now the best time to be an entrepreneur? We think so.

And it is not just because we coincidentally went on a startup tour this summer. Entrepreneurship is more tempting than ever thanks to the infrastructure and system in place today. If you have a brilliant idea or not, it doesn’t matter anymore. There is support available for any and every kind of profile that was […]

5 things we learnt about Entrepreneurship.

It’s been almost 3 weeks since we kicked off our start up tour and we’ve been to Berlin, Amsterdam, and now London before heading to our last stop in Paris. We were lucky enough to have met a lot of cool companies and entrepreneurs on the way. Each one of us in the team had […]

When we started to source EdTech companies, Squirrel AI learning came first to our shortlist, this biggest adaptive learning system is the best application scenario of AI technology in Education, which is also the only AI-powered adaptive education provider being able to create and imbed their own-designed content. Gratefully, the founder of Squirrel AI learning, […]