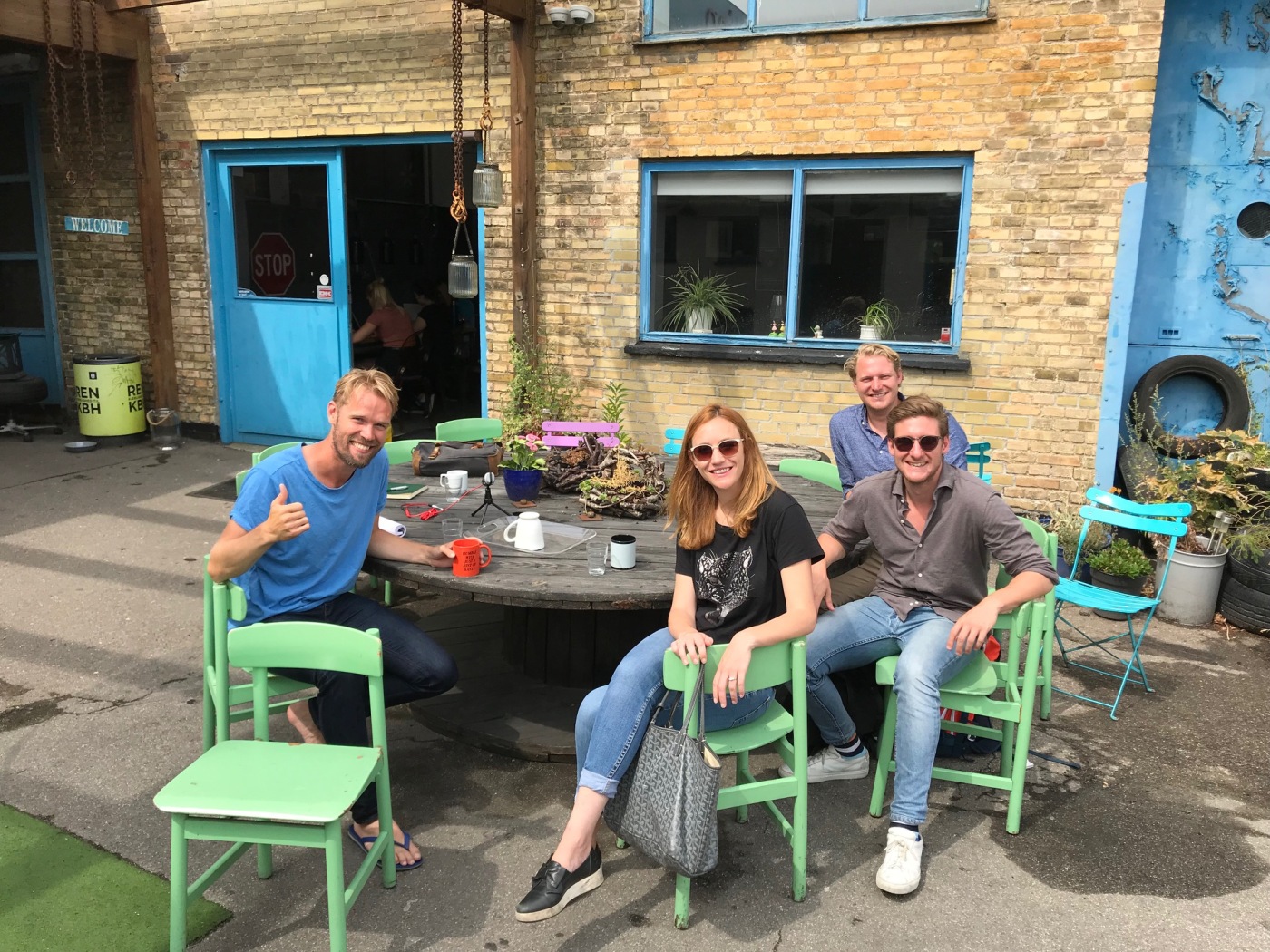 An interview by 53°N with Copenhagen-based Plant Jammer’s founder and CEO, Michael Haase. A story about reducing food waste and meat consumption, AND becoming a more playful and creative cook.

We met Michael at his office in Copenhagen, a building with a hippie feel to it, like a home that houses multiple start-ups. “A nice and peaceful place, where the coffee machine and printer are also working”, Michael jokes. After working for Merrill Lynch as a commodity strategist and for McKinsey & Company as an Engagement Manager, it was time to give something back to society. Two years ago, Michael started Plant Jammer, an impact start-up that wants to reduce our global carbon footprint. But how do you do that through a food-parring app!?

Great dishes by emptying your fridge…

“About 20% of the food we buy is thrown away”, Michael explains. Everybody knows this phenomenon… the left-over carrots or tomatoes in the back of your fridge are doomed to a slow and painful decay. “If we would be able to reduce this by just 1%, we would reduce CO2 emission equivalent to the CO2 footprint of all Scandinavian countries” Plant Jammer does not only want to reduce food waste, but also wants to incentivize users to eat dishes with less or no meat. This is where the idea for Plant Jammer started and, although the product has evolved over time, their mission remains the same.

The Plant Jammer app helps you cook a delicious meal. Different from any other recipe website, Plant Jammer doesn’t put a central dish, but rather the ingredients. By combining the left-overs in your fridge and (optionally) additional ingredients from the store, you can basically create any dish you can think off. By just filling in the ingredients that you already have, the algorithm will tell you i) what other ingredients will pare nicely, ii) how to balance the ingredients (e.g. add something bitter to balance the spice of the pepper), and iii) how to cook them in the best way. Try it yourself… it works really well!

“As they teach you at Unilever, a normal person only knows how to make 10 dishes on average. This is said, I believe, and it makes people’s cooking behaviour very inflexible. We basically help people to change their way of cooking towards a much more playful and fun experience.” The algorithm is based on a neural network, trained on millions of existing recipes that you can find online. Combining this with what they have learned from gastronomy books and a bunch of chefs, the Plant Jammer’s ‘Gastro Wheel’ is able to help you create truly delicious dishes yourself.

A free product with a premium version as revenue engine

Michael and his team 12-headed team were funded mainly by Angel’s money in the beginning. “We haven’t spent any penny on marketing yet, but have more than enough users to get the feedback we need in order to improve the product.” The idea is to soon go into acquisition mode and build up a global user base of several million people. The app will probably stay free with a premium version that gives customers weekly meal plans based on their nutritional needs, and more. “We want to be the best cooking assistant for everybody, but also one that happens to be good for the environment”, he explains to us.

Next to the premium version, there are other opportunities to create revenue. Think about partnering with supermarkets (e.g. automatic delivery at your door), or with kitchen appliances players. On the latter, Plant Jammer envisions to be the platform for smart fridges and cooking machines in the future. Although this might still be far away from where they are right now, Miele’s VC efforts just invested in Plant Jammer.

“It has been a very nice journey so far. I have felt almost every week that I believe in it a little bit more than the week before.” Averaged over the weeks he adds to this later, also acknowledging the roller-coaster-like environment you are in as a start-up. Founding rounds and recruiting went smoothly so far; probably one of the advantages of being in an impact start-up. “People that are really excited about the concept come to us instead of the other way around.”

We asked Michael the question “what would you tell young professionals that want to start or join a start-up?”:

Thanks a lot, Michael, for a very interesting founder’s story. Tonight, team 53°N is going to make our first dish with Plant Jammer… with carrots, since that is in our fridge right now.

…If Plant Jammer was an animal what would it be? “A monkey, because the monkey is playful and that is exactly what we try to achieve in our user’s cooking journey and in our team”

…And if you can hire anyone in the world for Plant Jammer who would it be? “Andreas Enslin, the head of design from Miele. A friend of mine and he understands extremely well how people experience their cooking journey and execute on that”

As part of their summer break at INSEAD, Team SEACompass decided to travel around Southeast Asia to learn more about the up-and-coming startup ecosystem in the region. The team comprising Georgia Wynter, Vincent He, and Abhinav Lalam, three INSEAD MBA 22D students who traveled to Singapore, Indonesia, Thailand, and Vietnam. They met up with over […]

How do B2C start-ups scale in SEA despite the fragmentation?

SEA Overview – An exciting region with numerous challenges Southeast Asia (SEA) is quickly becoming a focus region for new VC investments, a trend that has accelerated post-COVID. SEA comprises about 8% of the world’s population, young demographics with a median age of 30, and a growing affluent middle class with an average GDP 3 […]

The many colours of entrepreneurship: part 2 | Team HX Design

In part two of this series, I’ll cover three more colours of entrepreneurship that I came across during my tour. 3. Opportunity: spotting and addressing needs One intrapreneur who embodies this colour and is also purpose-driven is Marcus Krug. After a PhD in theoretical computer science, he was keen to solve problems and joined SAP. […]

The many colours of entrepreneurship: part 1 | Team HX Design

Entrepreneurship is often thought of as a one-size-fits-all endeavor, with the young, Silicon Valley, tech start up founder being the most commonly portrayed image in mainstream media. But in reality, there are many different types of entrepreneurs, each motivated by different things. In the summer of 2022, I had the opportunity to undertake INSEAD’s student-driven […]

We spent 4 weeks exploring the metaverse ecosystem in Europe and here’s what we found: Part 2

In case you missed it, here’s Part 1 with our first 5 findings about the metaverse ecosystem. Now let’s continue! 6. Where’s the money going? In the first 5 months of 2022, over $120 billion was invested in metaverse technologies and infrastructure, but where did that go exactly? VC investment trends indicate that there is […]