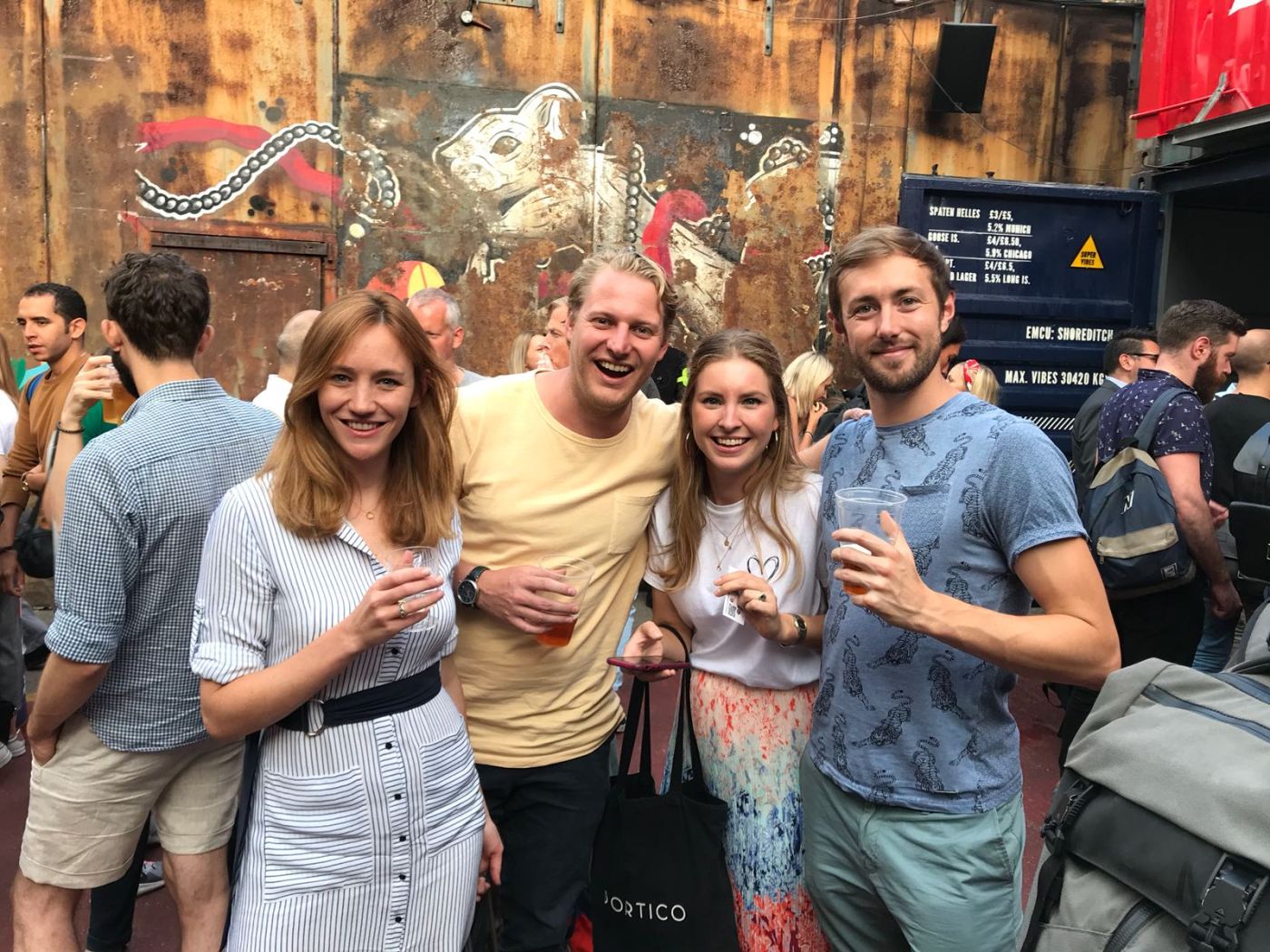 “I don’t think you would be able to drag me back” Steve joked when we asked him if he is happy doing something else, after six years at Accenture. “I finally dared to quit my job; something I deep down had wanted to do for years. Don’t get me wrong, you learn a lot at Accenture, I met some awesome people and had some amazing experiences, but for me personally I feel as though I have spent too long in the corporate world”. Steve has now worked at Stashbee for four months, a nine-employee strong start-up in Shoreditch, London, trying to make peer-to-peer storage accessible across the UK. We meet Steve in an old building, occupied by at least ten small start-ups. It is 30 degrees in the small room and Steve is as energized about his career switch as the hot air surrounding us.

You may have thought about it, they are doing it…

We are pretty sure that numerous people have had the idea before: why not create the AirBnB for storing your personal belongings!? Stashbee is the UK-focused platform connecting people with empty garages, bedrooms, lofts, basements with people that want to store their computer, fridge, winter clothes, you name it. Matching of supply and demand, communication, contracting, insurance, etc. is all facilitated by the platform and Stashbee charges a fee for it, plus premiums.

Challenging in a good way…

It sounds so simple, but during the interview we started to understand the complexity. Do users get 24/7 access? How do you make contracts easy to understand? Who bares the risk of stolen or illegal goods? How do you educate people that are new to the sharing economy? Steve tells us that “there are so many challenges that you wouldn’t think of in the beginning. I have a to-do list of 40 -all important- questions to be solved, and every day that list grows longer”. At the same time, the number of users is growing by 30% per month, which causes new operational challenges to be dealt with. One of these is the refining the platform infrastructure, which btw was single-handedly built from scratch by the inhouse tech team. “Also, we are growing”: Steve tells us that they need more people, and for the next few weeks at least hiring is the priority for Stashbee!

By the way, Steve is not complaining about these challenges, quite the opposite. “At Accenture everything you were doing was always ‘critical’, and clients, especially in banking, in my opinion were very demanding, often inflexible and adverse to change. In that environment it becomes challenging to deliver impact and really drive meaningful change (but we certainly tried!). Here, everything that I do is interesting, it directly impacts our topline and the founders give me a lot of freedom”. Also, the stress levels are much lower, according to Steve, where he is trusted to manage his time effectively and prioritize work as he sees necessary to deliver the most possible benefit to the company.

Finding a start-up that matches you

It took a long time for Steve to make the decision to leave his former management consulting job. “It is hard to quit a job that pays that well, your friends and family support, and trade that in for a riskier start-up position”. But, being jobless and having no income for two months completely changed his perspective; even a 50% decrease Vs his old salary can now be seen as significant step up Steve explains! Steve started looking online, searching through many different start-up platforms and went to countless free-drink events, where he talked to numerous founders and investors. The one he found most helpful was Escape The City (as in: “leave your well paid banking/consulting job and start doing something more exciting”).  This is also where the two founders met for the first time on a six-week project, in which people that have either a good business idea or a certain skill set can partner together and work on an idea.

After some research on Stashbee, Steve got really excited and applied for a junior sales position in the company. “The founders asked me why I had applied for this job, as given my experience the role may not have sufficient scope to challenge me and help me progress. I told them that I was excited about Stashbee and that I would love to be involved in any capacity however in addition to the offered position I would like to help plan the strategic direction of the company and look at improving process efficiency”. Five weeks passed without hearing and when he had almost given up, they called. They were preparing for the next fund-raising round and needed someone with consulting skills that could quickly help on the job. This is where things started for Steve and here he is! A few years later than planned, but happier than ever in his job.

Thanks, Steve, for sharing your personal experiences with us and showing us around; we will store it in our hearts and minds!

…If Stashbee was an animal what would it be? “A friendly wolf, representing the team that works together in a really close family pack but also has the hunger needed to grow a really successful business at pace.…”

…And if you can hire anyone in the world for Stashbee who would it be? “Sean Parker, founder of Napster and then later Facebook (Justin Timberlake in the Wolf of Wall street) – but a much friendly version, Steve hastens to add, no dodgy company restructuring please!!”

For our INSEAD friends: Stashbee is hiring and can always use summer interns

Entrepreneurship Through Acquisition in the marketplace era

We first noticed marketplace aggregators through the lens of ETA, or entrepreneurship through acquisition. Watching this new type of consumer group emerge at rocket speed since last spring, we observed that many of the investing principles were similar to the strategies employed by search funds. In one critical way, the ecosystems also appeared similar: as […]

What is the first thing that comes to mind when you hear entrepreneurship? For us, like many of you, it was the image of two or three guys in their twenties or thirties working on a tech startup in their garage. Often portrayed as daring, risk-takers and visionaries by Hollywood, entrepreneurs build businesses that transform […]